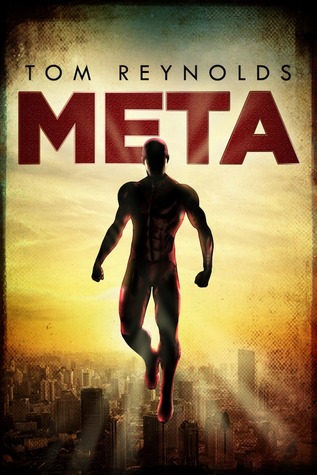 Connor Connolly is your average everyday teen.
Wants to be liked.
Has dorky friends.
Is in love with a girl who’s out of his league.

But all that changes when he is granted superpowers via metabands, which are bracelets that make the user, superhuman.
His world turns upside down and he must deal with the struggles of being a teen as well as trying to be a hero.

Now first off I loved this series. The three books (now four as of this month) was action-packed and fast pace that left little in the way of navel-gazing or staring off into the distance asking why me!!!

It made you feel for the characters and made you root for them also. Its world building was amazing and the scope of the universe the author created was expansive.
But having said all that there were a few things that bugged me.

Cliche superhero tropes. The main character is an orphan whose parents were killed by a legendary evil supervillain, losing friends because of his secrets and saving the girl he loves on more than one occasion.

Now I know every genre has its troops. The large quest and travelling to untold land in epic fantasy, the happy endings in romance and the snarky lead character in urban fantasy.

So bear that in mind when you start the book, but by all means, in the end, I think it only adds to the story.

Like I said I really did enjoy this series.

The action was fast pace and there is always a twist that keeps you guessing, which is hard to do in an age where we are bombard by superhero movies.
But somehow this book manages to pull it off, making it one of the better superhero books I’ve read in this genre.

The all-time greats for me will still be The Never Hero by T. Ellery Hodges and Reckoners by Brandon Sanderson.
Those two series are the gold standard for me. I believe I did a review for Never Hero way, way back, but I’ve yet to do one for Reckoners which I may have to do after I remind myself of the story.

Anyway if you’re at a loss of something to read which is light and fast pace give this series a read. You won’t be disappointed.